An Overview of Creditor-Debtor Law and 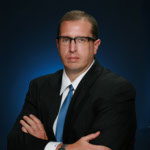 *1 On April 22, 2020, Plaintiff Optronic Technologies, Inc. (“Orion”) filed a Motion for Further Clarification or, in the Alternative, for Order Declaring an Assignment of Assets to Orion (the “Motion”). Dkt. No. 644. On April 27, 2020, non-party Celestron Acquisition LLC (“Celestron Acquisition”) filed a response opposing the motion (“Opposition”). Dkt. No. 647. Having considered the parties’ briefs, the Motion is DENIED.

The Court clarifies that pursuant to the Assignment Order and consistent with the discussion herein, Defendant Ningbo Sunny is HEREBY ORDERED to assign to Orion all of its accounts, account receivable, rights of payment of money, contingent rights, contract rights, deposits and deposit accounts, claims against third parties, monies due from third parties, Bushnell Holdings, Celestron Acquisition, Celestron Global, Hawke Sport Optics LLC, Meade Instruments Corp., and Olivon Mfg. Group Ltd. up to the amount of the partial judgment entered in this action in favor of Orion and against Judgment Debtor on December 5, 2019 (Dkt. No. 518).

Orion now requests that the Court “clarify that the [Order] assigned the $728,779 and any other property described in the [Order] to Orion, or alternatively issue an Order declaring that all such property is ‘directly assigned’ to Orion.” Motion, p. 2.

*2 Orion does not attempt to argue that this Court has personal jurisdiction over Celestron Global. Rather, Orion broadly argues that any assignment order under Cal. Civ. Proc. Code § 708.510 “assigns the subject property to the judgment creditor by operation of law.” Motion, p. 2. It cites In re Advanced Biomedical, Inc., No. AP 14-01275-MW, 2016 WL 7188651, at *4 (B.A.P. 9th Cir. Dec. 2, 2016) for this proposition. In that case, the court upheld the validity of a state court order that directly assigned “rights to payment of money due or to become due” to the judgment-creditor. Ibid. The Court did not address whether a court could directly assign assets held by third parties outside of the court’s jurisdiction, or whether the court could compel those third parties to pay the judgment-creditor. In fact, the court clarified that “[n]othing in the Assignment Order purports to impact the rights of any person or entity obligated to pay.” Ibid.

There is no question that the funds Celestron Global is holding are owed to Orion. Celestron Acquisition has repeatedly professed its willingness to pay the funds to Orion. To the extent Celestron Acquisition argues that the Order “does not permit Celestron Acquisition to deliver the funds to Orion absent Ningbo Sunny’s Assignment,” this is a mischaracterization of the Order. Opposition, p. 5. This Court was not presented with the question of whether Celestron Global was at liberty to transfer the funds absent a court order and did not opine on that question in the Order. The Order merely stated that this Court could not compel Celestron Global to do so if it otherwise refuses. See Glob. Money Mgmt., 2009 WL 3352574, at *4 (“The Court can only order [defendant] to assign his rights in and to the property or payments. If the third parties do not make payment to [plaintiff], Plaintiff will have to bring an action against them in a court that has personal jurisdiction over them.”).

IT IS SO ORDERED. 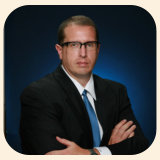